My journey to Taiji had been a year in the making. After consistently following the Cove Guardian campaign, in December of last year I made the commitment to join in the fight to be a voice for the dolphins. Becoming a Cove Guardian was an honor.

After my 30 hour trip of planes and airports I arrived in Osaka, Japan. A little bit of a culture shock for me, having only travelled within North America. Landing in a foreign country where I did not speak the language was a challenge at first, but the Japanese people are amazingly friendly and helpful!

After spending my first night in Osaka, I had the daunting task of taking the train to Taiji. I’ve never been on a train before, so having to switch trains multiple times and not being able to communicate properly, left me feeling a little stressed and nervous. Luckily, by chance I managed to meet some fellow Cove Guardians on the train! What a sigh of relief this was, meeting the first of my new Cove Guardian family and not having to make the remainder of the trip on my own! Thanks to Clive, Michelle and Bator for making the train ride a little less stressful for me!

Taiji is exactly as described by Ric O’Barry in the documentary The Cove … A twilight zone … everywhere you look there is a painting, monument or writing on the sidewalks of dolphins and whales. If you didn’t know any better you would think Taiji loved dolphins and whales.

Nothing can really prepare you for the experience of being in Taiji and it is not something that can be easily be put into words either. I am sure that each and every Cove Guardian remembers the exact moment they first saw the infamous Cove. For me, the first time was a simple glance while passing by in a car. The sight of it almost takes your breathe away, one because it really is such a beautiful place and two because you instantly remember how many dolphins and whales have lost their lives at the hands of the Taiji fisherman there. The moment I actually set foot on the shore of the Cove is something I will never forget. I literally just stood there for a few moments taking it all in and in disbelief that I was actually there. Unfortunately my first time on the shore of the Cove was also the second time I would witness a drive in process and a pod of dolphins fight for their lives and eventually lose their life for the sole purpose of human consumption. The only thing that keeps you going in moments such as this, is to pick up your camera and start taking photos, since it is the only weapon you have in Taiji.

Witnessing a pod of dolphins spending their last moments together in fear, frustration, panic and hearing those last few breathes they take as they are pushed under the tarps of killing shore is utterly heartbreaking. But I take solace in the fact that without the Cove Guardians and Operation Infinite Patience the atrocities of the Cove would continue to go unnoticed and unreported to the world and many would not know the horrible secret Taiji attempts to hide.  It is because of the Cove Guardians that there is and will continue to be a constant international spotlight on the daily atrocities that are occurring in Taiji and I am proud to have been apart of this campaign. 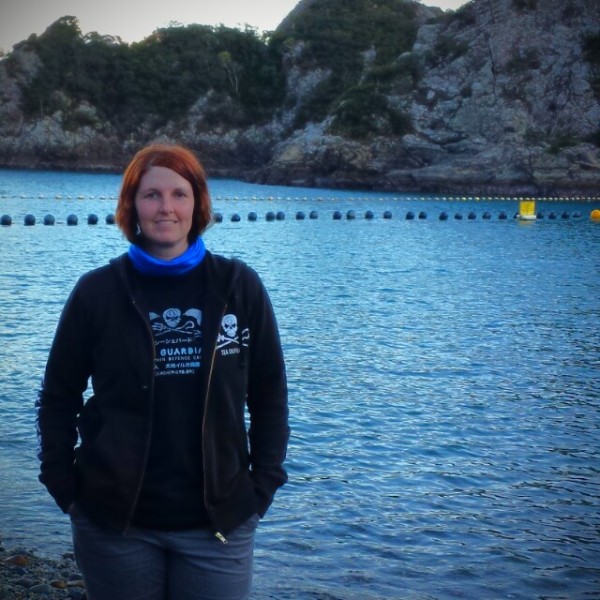 Proudly standing on the shore of the Infamous Cove

Sitting on the rocks of the Cove. Notice the fence and keep out sign, built to prohibit a direct view into the killing cove.

Beautiful sunrise at the Cove 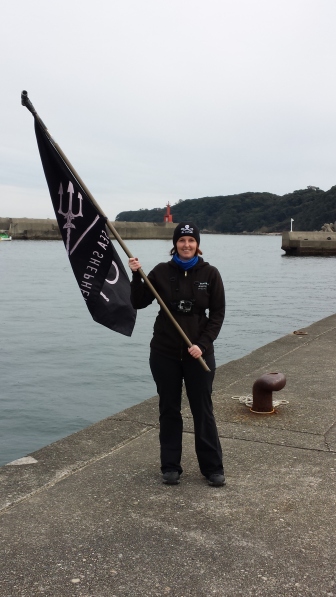 Proudly holding the flag in Taiji harbor as the boats come back empty handed.

After I manage to go through about 8000 photos, I will post more detailed information of my time in Taiji as a Cove Guardian.

If you have any interest in joining the Cove Guardians on the ground in Taiji, do not hesitate, send an email to coveguardian@seashepherd.org and ask for an application. I promise you that it will be an experience of a lifetime and being surrounded by the passionate, like-minded people involved with this amazing campaign will be one of the best things you do. Take the journey to Taiji and be a voice for the voiceless!

“Never doubt that a small group of thoughtful citizens can change the world; indeed it’s the only that ever has.” Margaret Mead