Activists around the world gathered in memory of the dolphins killed during the 2016-2017 Taiji Dolphin Drive hunt. A total of 569 dolphins were slaughtered this season and 235 dolphins were taken for a life of captivity this season.

The event was also a way to honour the thousands of dedicated activists around the world who  follow and report on the dolphin hunts in Taiji from September to March each year. 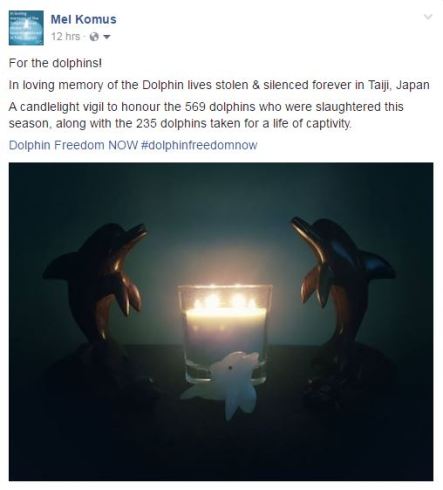 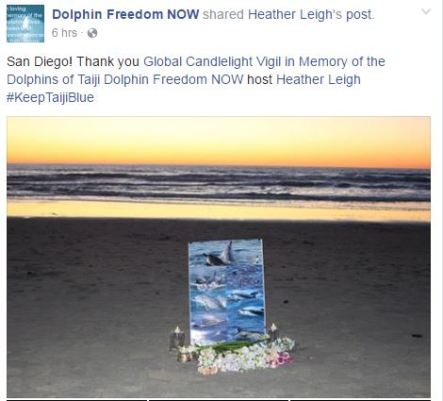 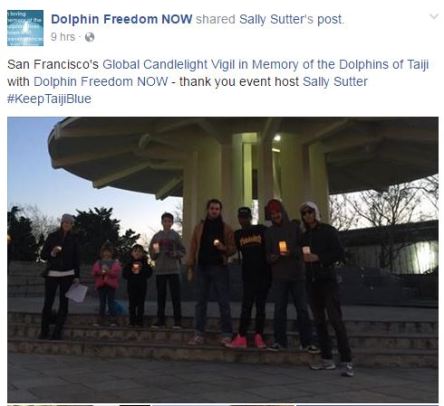