After a pod of pilot whales spent a total of 2 days netted off in the killing cove with no access to food or water, the killers mercilessly slaughtered 16 of them. Once the killers arrived in the cove the repeatedly ran over the pod with skiffs and tethered members of the pod to the side of the cove as they awaited their fate of slaughter. Is this Taiji’s version of hunting and fishing? Starving cetaceans for 2 days and then tethering them to the cove to await their fate … this is not hunting … this is the reality of what happens between September and March of each year in Taiji.

Below are photos courtesy of the Sea Shepherd Cove Guardians … who stood at the cove and witnessed this intolerable cruelty to a pod of innocent pilot whales.

This matriarch of the pilot whale pod, struggled and thrashed for 30 minutes while tethered to the rocks of the cove. Killers eventually attempt to drag the female under the tarps for slaughter. 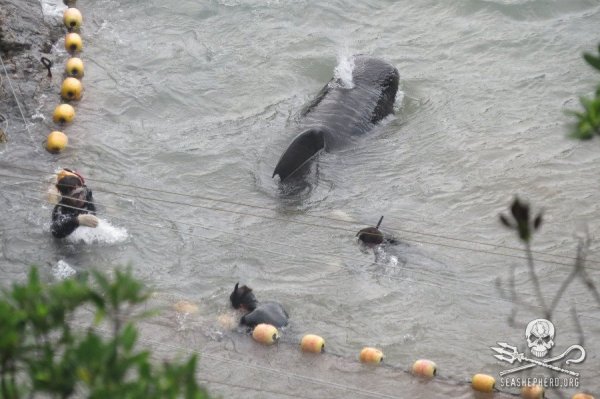 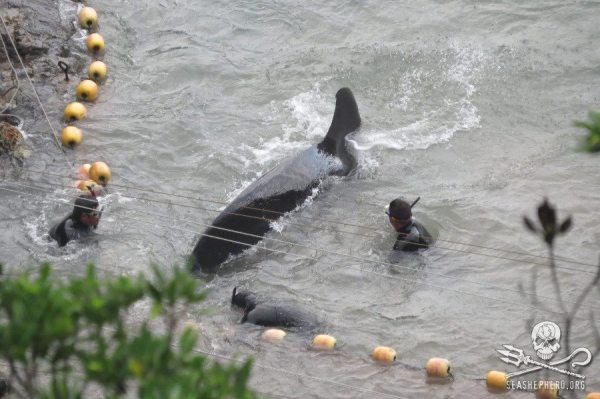 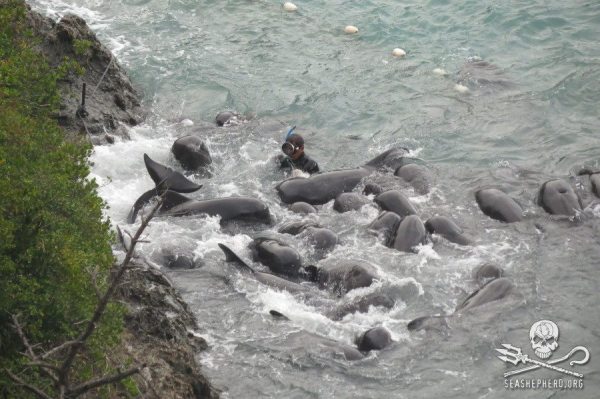 Two pilot whales cling together as they await slaughter. 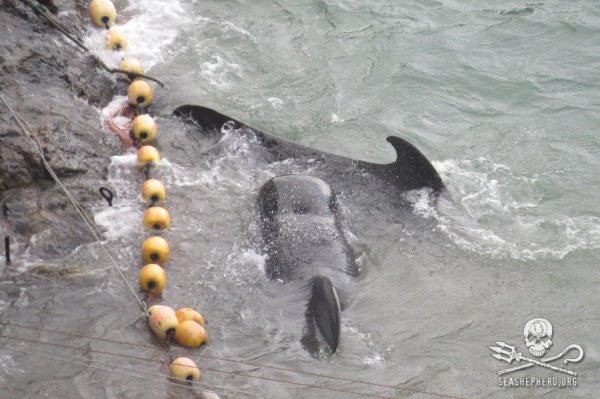 Another pilot whale, becomes entangled in the nets. 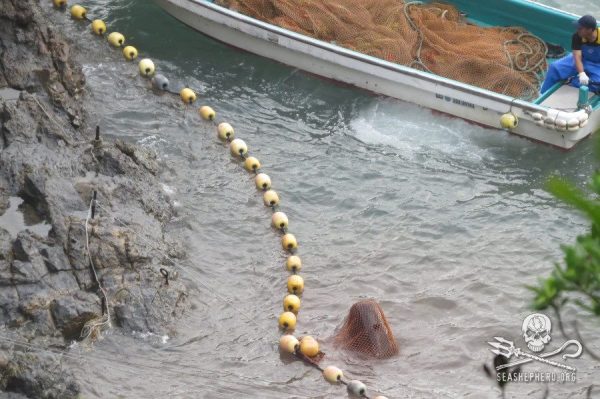 The youngest of this pod, a baby pilot whale, was badly injured throughout this process. 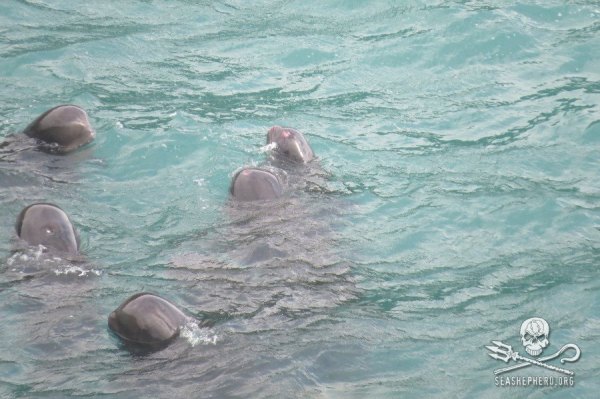 Pilot whale bodies being dragged into the Taiji Butcher house. 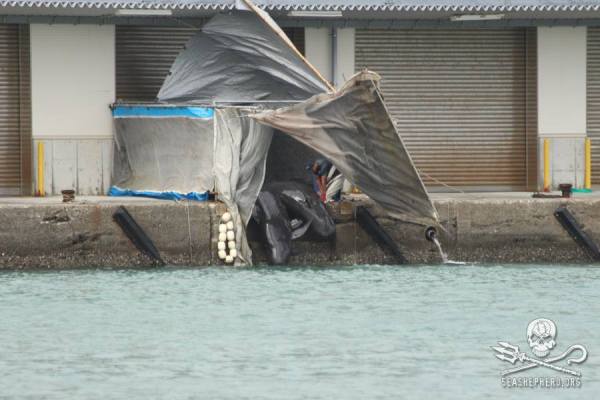 After the killing in the cove was completed the killers drove the remaining pod members back out to sea, however as reported by the Coe Guardians, 1 pod member did not fair well and its dead body was dragged back out to sea.  While it may seem as though the killers showed some mercy in not slaughtering the entire pod, do not be mistaken … in the end it is all about profit and greed. The killers are given a quota for each species and with that the smaller and younger pilot whales are not worthy of fulfilling this quota. The bigger the pilot whale, the more meat and the more money it sells for … its as simple as that.  Unfortunately for the remaining pod members, driven back out to sea, survival is very slim. After 2 days without food and the traumatizing experience of witnessing your family slaughtered will take its toll on these innocent cetaceans.

Also check out Call of the Cove … they have some great information on how to get involved and what you can do to help.

For the dolphins and pilot whales of Taiji!